Studying literature and language, we can explore other cultures, not only those of the present day, but also of the past. I am especially interested in writers who have used the English language to explore other cultures, whether they are writers from Western countries writing about experiences in distant places, or writers from non‒Western countries contributing new ideas and forms of expression to the English language. English has become a global language that belongs to no single country. It is a language not only of great literature, but of every type of writing, film, popular music, and many other cultural forms. I hope there's something in it to interest everyone. 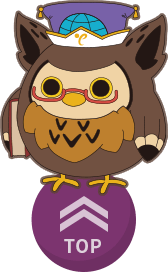